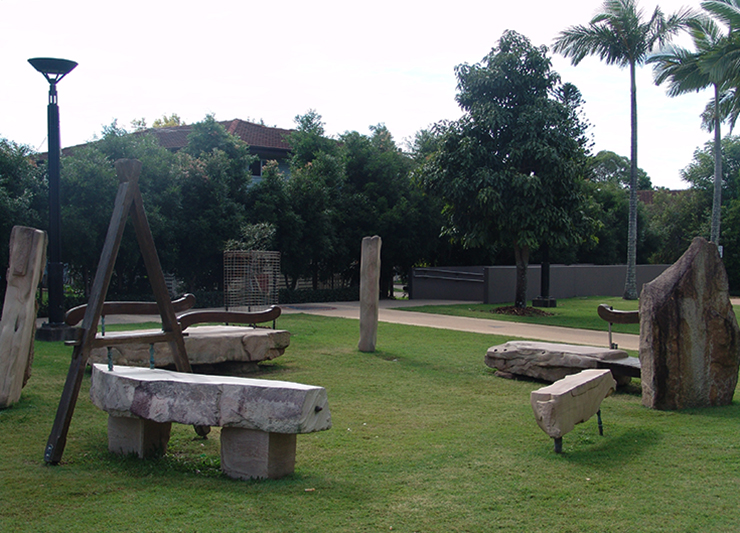 As one of a number of public artworks installed in Capalaba Place with the opening of Redland City Council’s Capalaba precinct, Jarra is a seating sculpture developed by artists Carol Roche and Troy Robbins from ideas produced in community workshops. They included the idea of seating that was sculptural and which formed a meeting place.

‘Jarra’ is an Indigenous word meaning ‘place’. The work is a six metre diameter circle of vertical and horizontal carved sandstone pieces with ironwood and bronze backrests and is installed in a grassed area close to the entrance to the Capalaba Library.

Jarra functions as both an outdoor performance space and seating area for Capalaba’s town centre.