An exhibition of textiles developed through a creative collaboration between Indigenous poet, artist and activist Oodgeroo Noonuccal (Kath Walker) and Melbourne designers Ivana and Robert Perkins. In 1978 Kimpton Fabrics commissioned Ivana Perkins to develop a range of designs for bedding fabrics. She approached Noonuncal who created patterns based on the natural environment of North Stradbroke Island. The resulting textiles with their simplicity of form have a universal appeal. 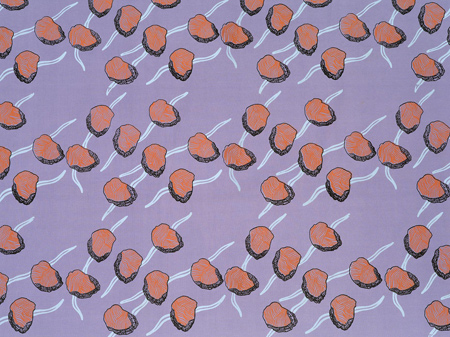