This exhibition celebrates the life and work of Sheelah Mee who was an artist, mother, and teacher in the Brisbane modernist scene from the 1970s. She lived in the Redland area from 1972 until 2004, and locally was involved with the Redland Yurara Art Society (from 1972). She made paintings, prints, and sculpture that express the reality of her intimate domestic environment.

What remains compelling about Mee is her creative drive. From the moment her six children were independent, she committed to the art practice that she had first explored as a young woman in London. From the 1970s and into the 21st century, she worked prolifically, exhibited in commercial galleries and prizes, and enjoyed significant successes up to and including her last exhibition, held in 2007. All About Mee expresses the full gamut of her creativity in media from paintings to prints, sculpture to sewing, from the minutiae of her domestic environment to her influence on other artists from Redland city and broader Brisbane.

All About Mee is curated by Louise Martin-Chew and Dominique Macedo. 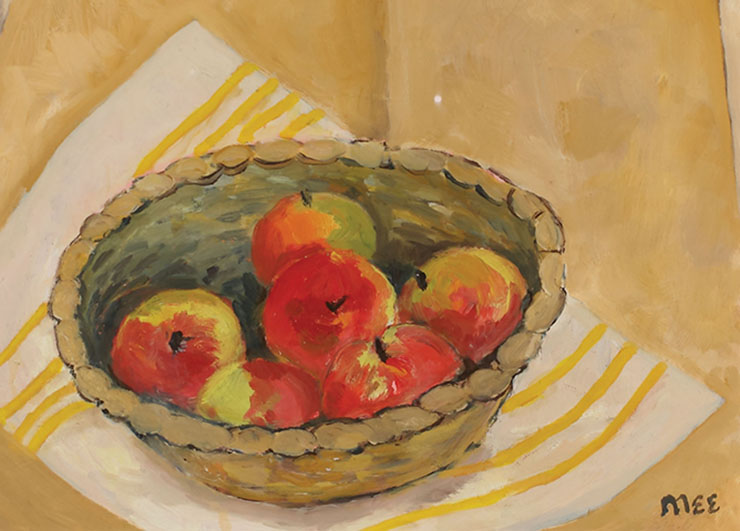