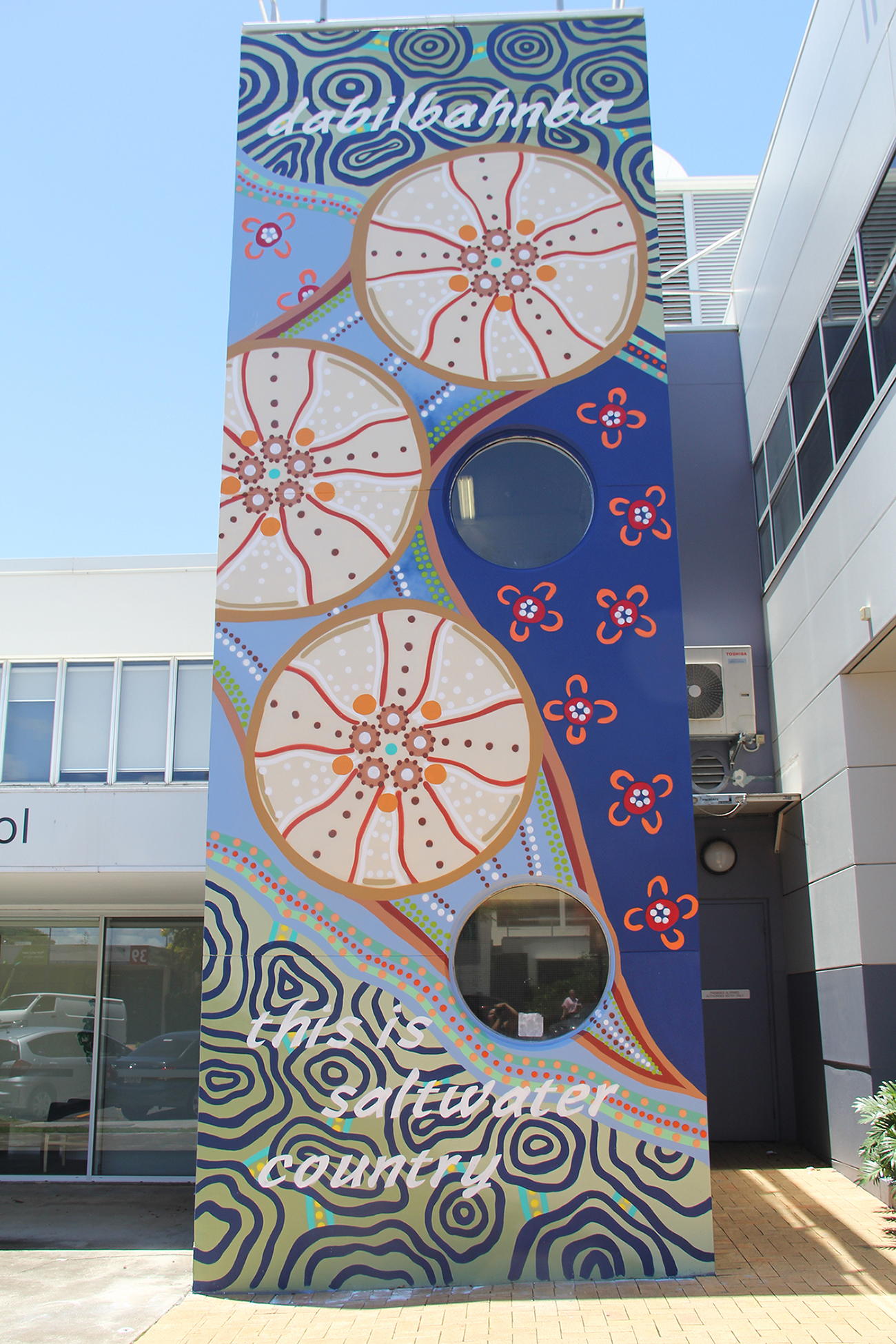 The 2017 Quandamooka Festival theme of ‘sea country’ aligns with the 2017 NAIDOC theme – Our Languages Matter.  The mural responds to these themes and incorporates both imagery and text that recognises the dual naming approach often adopted within our region, in particular, aspects of local Jandai language. The aim was to devise and create a coherent mural which depicts the sacredness of water through both imagery and text that derives from sea country in Quandamooka/Redland.